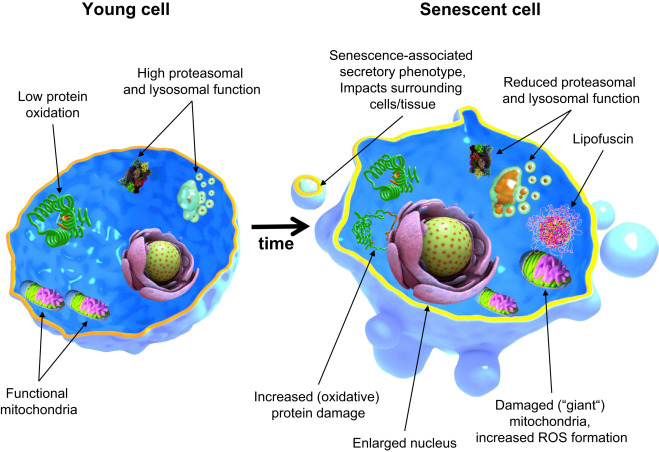 There is no single cause of aging. A lot of cellular and intercellular processes are altered and affected for aging to happen. However, some of the most important processes have been identified by the researchers. Many anti-aging processes are constantly working in our bodies to keep aging at bay.

One of the most important anti-aging processes happens to be a process known as anti-oxidation where anti-oxidant molecules maintain or diminish the level of oxidants in our body. This process helps keep aging at bay.

One such anti-oxidation agent is Glutathione.

Glutathione is also called GSH. It is a molecule that is naturally found in many plants and animals. The human body synthesizes glutathione in the central nervous system of the human body, especially in the nerve and liver cells.

The chemical structure of GSH is given in the following figure:

What is GSH Made of?

Before moving forward, it is important to clarify what exactly constitutes an antioxidant and what is it they do in the body?

Antioxidants are molecules that are charged with the protection of the body against a specific type of agent known as free radicals.

Free radicals come from the by-products of food processing systems in the body. Their need to gather a missing electron can make them take it from the cells and tissues in our body. This causes oxidative stress and damages cells.

How Do Antioxidants Combat Free Radicals?

Since free radicals are a threat to the body because of their uneven number of electrons, it stands to reason that giving them an electron would alleviate the threat. That is exactly what antioxidants do. They donate an electron to the free radicals, thus stopping them from taking the much-needed electrons from tissues and cells in our body.

Our bodies maintain a balance between antioxidants and free radicals so the latter does not damage the integral components of our bodies.

A lot of aging signs like skin damage, wrinkles, and fine lines happen because of free radicals. Several chronic conditions and diseases are also related to the oxidative stress caused by the free radicals.

GSH is considered the “mother of all antioxidants”. In simple words, the main purpose of GSH, like other antioxidants, is to help the body in balancing free radicals. When free radicals are abundant in the body, they can be harmful to cellular health and cause inflammation.

GSH and other antioxidants can help in the prevention of diseases related to oxidative stress and inflammation induced by free radicals. Many studies have noted the anti-oxidant properties of GSH.

GSH has a complicated relationship with cancer. There is a lot of evidence that suggests that GSH is crucial in the fight against cancer. GSH can help

Anticancer and Anticarcinogenic Properties of GSH

Apart from anti-oxidation properties, GSH has also been found helpful in fighting against carcinogenic compounds (cancer-causing substances). There is ample evidence that GSH has a deep impact on fighting the carcinogenic properties of tobacco smoke.

Other than that, Balendiran et al. noted the following about the anti-cancer properties of GSH.

The null alleles of a number of GST genes result in an increase in the risk of various cancers including lung, bladder, gastric, colorectal, skin, breast, liver, and kidney cancer. In this way, GSH metabolism can have a profound effect on cell survival after exposure to environmental toxins. Understanding how GSH plays such an important role could be a significant step in the future prevention and slowing of certain forms of cancer.

This shows that a lower count of GSH can increase the risk of multiple types of cancer.

In cancerous cells, the presence of GSH protects them from chemotherapy treatment. This happens in lung cancer, larynx, colon, breast, and bone marrow cancers.

GSH interferes with cancer treatment by interfering with a range of anticancer drugs such as Taxol, Melphalan, Adriamycin, and Cisplatin. Such properties of GSH appear when there is an abundance of GSH in the tumors.

Cancer cells sustain high levels of GSH due to the overproduction of antioxidation compounds in cancerous environments. Recent studies have identified ways to decrease the amount of GSH in tumors, thus helping the anticancer drugs work more effectively against the tumors.

Thus, GSH depletion can be effective in helping increase the efficacy of anticancer drugs.

Relationship Between GSH and Cancer Summarized

It must be noted here that GSH is effective in the fight against cancer and works as an effective carcinogenic agent for people without cancer. It is only in the cancerous cells that it limits the efficacy of anticancer treatment.

Thus, People without cancer can and do benefit from high levels of GSH in their cellular system.

Autism Spectrum Disorder (ASD) may not have a single cause but a host of causes, contributing to the pathophysiology of the patients. However, some people believe that autism is caused by the decreased levels of GSH in patients with autism.

That does not mean that autism is solely caused by a lack of GSH in the brain but GSH inhibition is problematic for the patients.

GSH supplements could boost the GSH levels for the patients and help them get rid of chronic inflammation caused by oxidative stress.

A senescent cell is different from healthy cells in many ways including high oxidative protein damage, enlarged nucleus, damaged mitochondria, etc. Some of the most important differences are shown in the picture below:

That is why many people take glutathione supplements as a way to counter age-related inflammation and oxidative stress.

There are many ways of taking GSH supplements. Some studies in the past have recommended taking GSH through the intranasal spray and oral supplements. However, recent research has proven that GSH is the most effective when taken in liposomal form.

The reason that liposomal glutathione is better than the reduced kind is that the human stomach is a highly acidic environment and can partially damage GSH molecules during digestion. Since liposomal GSH has a lipid layer that provides protection against this acidic environment, you can benefit greatly from comparatively lower doses of liposomal GSH.

Following are the frequently asked questions about GSH.

Studies have proven GSH to be safe for consumption for most people. If you are suffering from cancer, are pregnant, or are breastfeeding, GSH might not be suitable for you. If you are unsure, always consult your doctor first.

2. How much GSH should I take?

GSH has been proven safe for consumption in dosages of 500 to 1000 mg per day. The right dosage depends upon many factors such as the reason you’re taking the supplements and your goals.

3. What are the possible side effects of taking GSH supplements?

No serious side effects are expected from the consumption of GSH supplements. However, some minor side effects can appear in some cases. Following are the possible side effects to be expected: