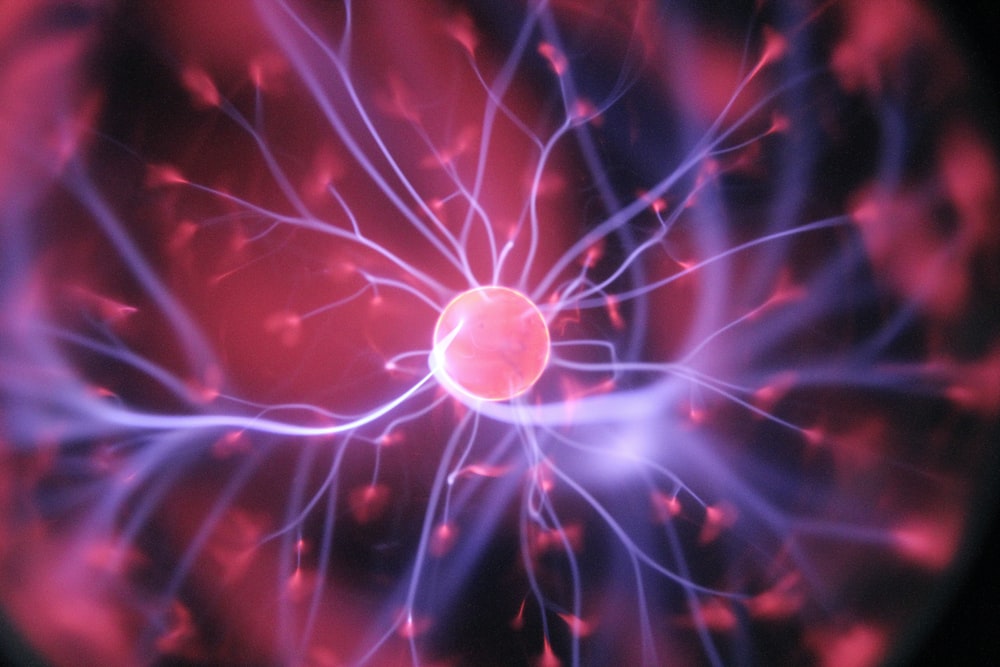 Coenzyme Q10 (CoQ10) is a naturally occurring substance that is found abundantly in our bodies. The highest concentration of CoQ10 is found in the pancreas, kidney, liver, and heart.

A lot of people tend to use supplements to increase their count of Coenzyme Q10 because some diseases can reduce their levels in the body.

What is Coenzyme Q10?

Coenzyme Q is a vitamin-like substance that also goes by the name Ubiquinone. The substance is found in all bacteria and animals.

The most common form of Coenzyme Q in human beings is ubiquinone-10 or Coenzyme Q10. Here, 10 stands for chemical subunits number present in its tail. These subunits comprise isoprene. All respiring eukaryotic cells contain Coenzyme Q in their mitochondria.

The main purpose of Coenzyme Q in the cell is to participate in the electron transport chain. It helps in the cellular respiration process that produces energy in ATP form. In the human body, this process produces up to 95 percent of total energy.

That explains the reason why those organs that have the highest requirements for energy are the ones that have the biggest concentrations of this vitamin-like substance.

As mentioned earlier, Coenzyme Q is found in all eukaryotic cells. However, it is important to know which food sources can provide you with Coenzyme Q10 needed to sustain the required levels of the substance. 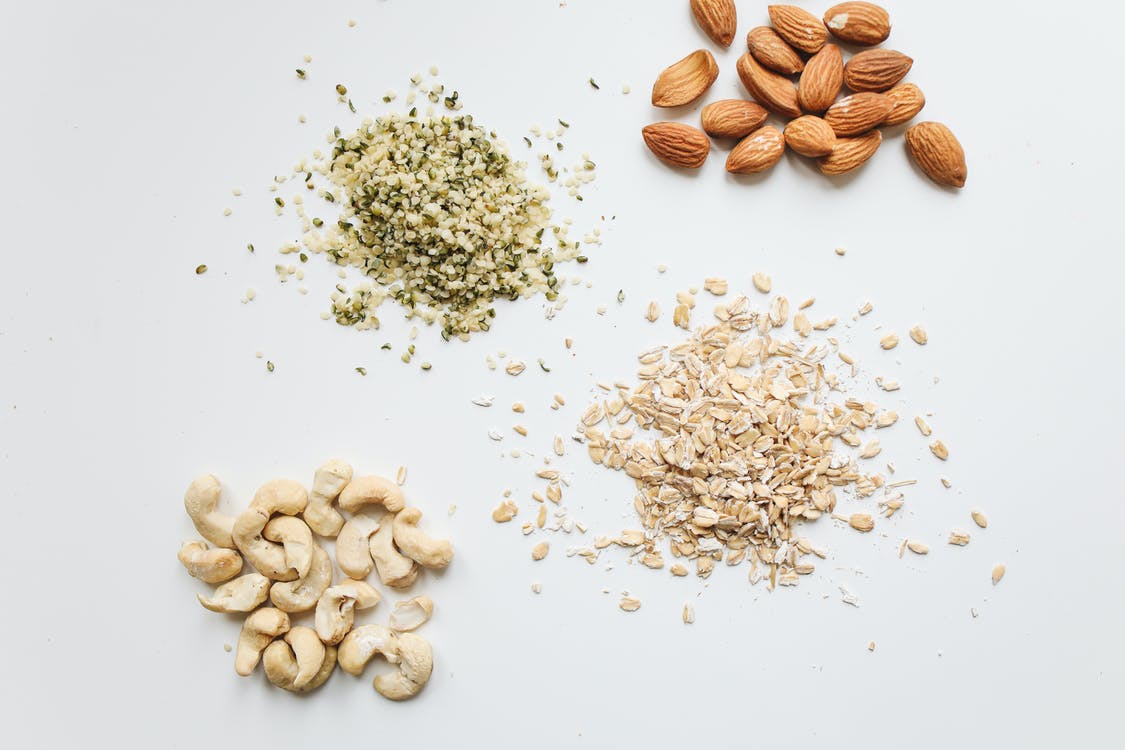 Picture by Polina Tankilevitch at Pexels

Following are a few major food sources where you can get the substance from:

If you want to make sure that your Coenzyme Q10 levels stay above the required levels, you can also take supplements. Since the supplements provide a more concentrated form, they are likely to absorb more easily than foods.

Since Coenzyme Q10 is involved in the process of energy production, it is directly linked to the organs and systems where high energy consumption is involved. Deficiency in Coenzyme Q10 is said to bring about a host of issues that can be avoided with the help of the substance.

The benefits of Coenzyme Q10 are discussed in detail in this section.

Prevention and Treatment of Heart Diseases

One of the most prominent benefits of CoQ10 is that it has shown a lot of promise in improving heart-related ailments.

Heart diseases usually occur as a consequence of other conditions like high blood pressure and coronary artery disease. These ailments can often injure arteries and veins by increasing inflammation and do oxidative damage.

When the damage from these diseases is extensive enough, the heart’s ability to pump blood through a regular contraction is affected, thus leading to heart failure.

Furthermore, treating heart failure can lead to other issues such as lowering blood pressure and a decrease in the levels of CoQ10 in the heart.

If you are taking medication for high blood pressure and coronary artery disease, you can improve the condition of your heart by taking CoQ10 along with the other medications.

There is a lot of evidence in the relevant research literature about the efficacy of CoQ10 in preventing heart failure and improving the condition of at-risk patients. A study comprising 420 patients showed that CoQ10 decreased the risk of death for the patients and improved the symptoms significantly.

Another double-blind study divided 641 patients with congestive heart failure into two groups, one on CoQ10 and the other on placebo. The study lasted for over a month and concluded that the CoQ10 group had fewer serious complications and hospitalizations as compared to the placebo group.

The way CoQ10 works is by improving heart function, reducing oxidative stress, and replenishing the optimal energy production levels in the heart. All of this helps the patients improve their cardiac functions.

A decline in female fertility happens with age due to the quality and quantity of eggs available.

CoQ10 is an important part of maintaining female fertility. With age, the production of CoQ10 declines so the protection provided by CoQ10 to the eggs gets affected. As a result, many eggs are destroyed from the oxidative stress that follows.

CoQ10 supplements can restore mitochondrial function in oocytes. The increased availability of CoQ10 ensures that ample energy is available for the reproductive system and egg production is optimal.

A meta-analysis through systematic review showed that CoQ10 can have a significant impact on male fertility. It increases oxidation protection to the sperm, thus increasing the sperm concentration and sperm quality.

Another significant way CoQ10 can benefit you is by keeping your skin younger.

Skin damage is common in aging because the skin is exposed to a host of damaging agents.

While some of the damages are caused by external factors, internal factors such as hormonal imbalance and cellular damage also contribute to skin damage during aging.

As a result of these external and internal factors, skin layers get thinned, protection from UV rays and other environmental factors gets reduced, and skin moisture gets reduced significantly.

Coenzyme Q10 can be vastly beneficial in providing the skin with an added layer of protection. When CoQ10 is applied to the skin directly, it provides antioxidant protection and increases energy production in the skin cells.

Some studies have shown that CoQ10 applied directly to the skin is even successful in reducing the depth of wrinkles and results in decreased UV damage.

CoQ10 has an excellent potential of reducing headaches, especially migraines. The substance provides antioxidant protection and improves cellular energy production, both of which are instrumental in reducing headaches.

A study showed that CoQ10 is ten times more likely to reduce migraines as compared to placebo.

Some studies have also shown that CoQ10 can prevent migraines, in addition to treating them.

While extensive research has been done on the benefits of CoQ10, more research is being done over time. In addition to the benefits discussed above, many more benefits have also been explored by the research.

Some of those benefits are explained as follows:

All of these benefits of CoQ10 point towards the fact that the substance acts as an aid to a lot of important processes in the body. Perhaps two of the most important part played by CoQ10 are in energy production and protecting cells from oxidative damage.

Liposomes are phospholipid bubbles that encapsulate pure particles of CoQ10 in order to protect them from damage during digestion. The environment of the stomach is highly acidic and can be damaging to the active ingredients.

The added protection of liposomes means that liposomal CoQ10 is much more bioavailable than ordinary supplements. More of the active ingredient reaches the bloodstream due to protection from damage in the stomach.

Following are the answers to the most frequently asked questions about CoQ10.

Many studies have shown CoQ10 to be safe for consumption.

2. What are the possible side effects?

You may experience some mild side effects after taking CoQ10 supplements including:

Other less likely side effects include:

If you experience any of these side effects, you might be able to control them by altering your doses.

3. Does CoQ10 have any drug interactions?

CoQ10 may lower the efficacy of blood thinning drugs such as Warfarin (also known as Jantoven). If that happens, you might be at risk of blood clotting. If you are taking Jantoven, do not take CoQ10 supplements.