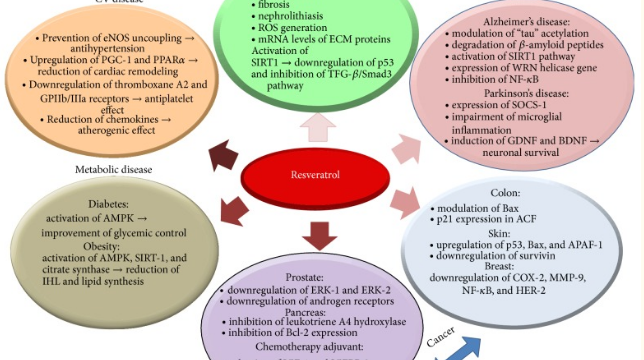 Resveratrol is a naturally occurring organic compound belonging to a group known as polyphenols. It occurs in over 70 species of plants and is commonly found in seeds and skins of red grapes, peanuts, berries, and other fruits. 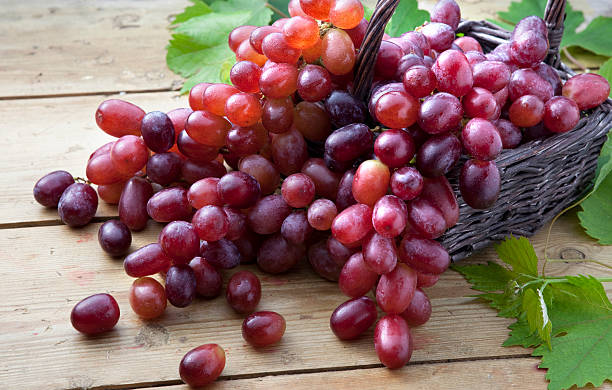 Polyphenols have antioxidant properties and are thought to protect the human body against heart diseases, cancer, and other damaging diseases. There is a growing demand for Resveratrol supplements because of the research highlighting the potential benefits of this substance. Most of the resveratrol supplements come from a plant named Polygonum cuspidatum while others are made from extracts of red grape or wine.

Resveratrol has been a focus of researchers for its anti-aging properties for the last three decades. Many lab studies have been conducted since the 1990s to explore the anticancer, anti-inflammatory, and anti-viral properties of this substance.

Resveratrol is beneficial in improving cardiovascular function, especially for diabetic patients. A study conducted by Francesca Delucchi and her team found out that when type-1 diabetic rats were subjected to resveratrol treatment, there was a distinct reduction in their cardiac progenitor cell dysfunction. Resveratrol improved cardiovascular health in humans by improving the levels of plasma BNP, interstitial fibrosis, contractile remodelling, and better left ventricle function.

Resveratrol also exhibit antitumor activity, and is considered a potential candidate for prevention and treatment of several types of cancer. Indeed, resveratrol anticancer properties have been confirmed by many in vitro and in vivo studies, which shows that resveratrol is able to inhibit all carcinogenesis stages (e.g., initiation, promotion and progression).

This is why resveratrol is being considered as a potential candidate for the prevention and treatment of many different types of cancers. The anticancer properties of this substance have been proven through human and animal studies, both in Vitro and Vivo.

One of the most prominent benefits of resveratrol comes in the form of its effectiveness as a weight-loss supplement. A range of studies has tied resveratrol to weight loss. A 2020 meta-analysis carried out by Reza Tabrizi and the team has established the efficacy of resveratrol in reducing weight. The paper concluded in the following words:

The meta-analysis study explored a total of 36 randomized control trials and found significant evidence of weight loss properties of resveratrol in these studies.

Resveratrol may have many chemical properties but the most notable chemical property of the substance is its ability to function as an antioxidant agent. Several studies have verified the antioxidant properties of resveratrol. Ashim Malhotra and his team conducted a study in 2015 that highlighted the antioxidant and anti-inflammatory properties of resveratrol. The study also noted the benefits of the substance in activating SiRT1 and its protective effects against multiple types of acute kidney diseases.

Apart from the benefits mentioned above, resveratrol is also helpful in increasing skin hydration, protecting against solar radiation, and reversing photo-aging. It has also been credited with slowing down the process of skin aging because of its tightening and moisturizing properties.

Resveratrol Products in the Market

After exploring the benefits of resveratrol, it is important to look at the various Resveratrol products available in the market. While there are many options available, the following three products have been selected from the industry leaders in the anti-aging field. 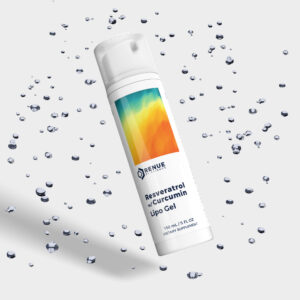 Resveratrol w/ Curcumin LIPO Gel is a product by one of the leading companies in the field of anti-aging: Renue by Science. The company offers a range of anti-aging products.  Renue by Science is famous for its liposomal technology. Liposomes are based on an innovative way of delivering the active ingredients to the cells by encapsulating them in tiny capsules that fuse with the cell membrane to deliver the active ingredient directly to the cell. Resveratrol with Curcumin Lipo Gel is a part of the company’s offerings that are based on a liposomal delivery system.

This resveratrol supplement comes in a 150 mL bottle. The price of each bottle is $60.95.  The recommended serving size is 2 pumps, which means that there are a total of 60 servings per bottle. Each serving contains 125 mg of resveratrol and 75 mg of Curcumin.  Renue By Science recommends that you should take the supplement sublingually, i.e., by putting the serving under your tongue. The sublingual delivery method ensures that resveratrol does not get affected by the highly acidic environment of the stomach and reaches the bloodstream directly, thus increasing its bioavailability. The product’s page has certificates from third-party labs that regularly test the product for purity, ingredients, and stability. 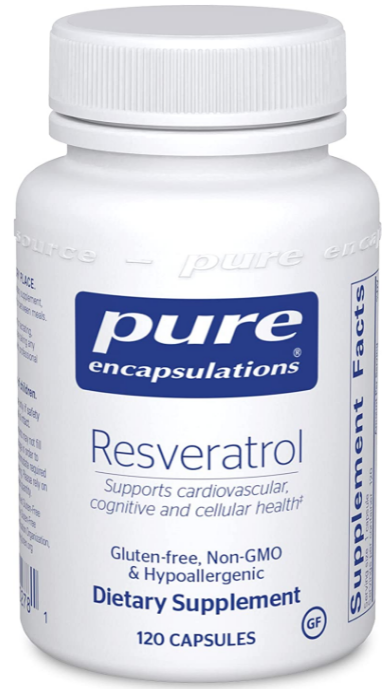 Each serving of this product contains 40 mg of resveratrol in a capsule. The bottle costs $39.5 and contains a total of 120 capsules. While this is less expensive as compared to the product by Alive By Science, resveratrol in capsule form is also less bioavailable. This means that you may need multiple servings of this product to get the same benefit. This supplement is gluten free, non-GMO, and hypoallergenic. Unlike the first product reviewed above, this one does not have any testing certificates from third-party labs. The product does have many positive reviews with 91 percent of the 142 customer reviews being 5-star ones.

The last resveratrol product on the list is by a company called Toniq. The product comes in capsule form in 60 capsules per bottle. 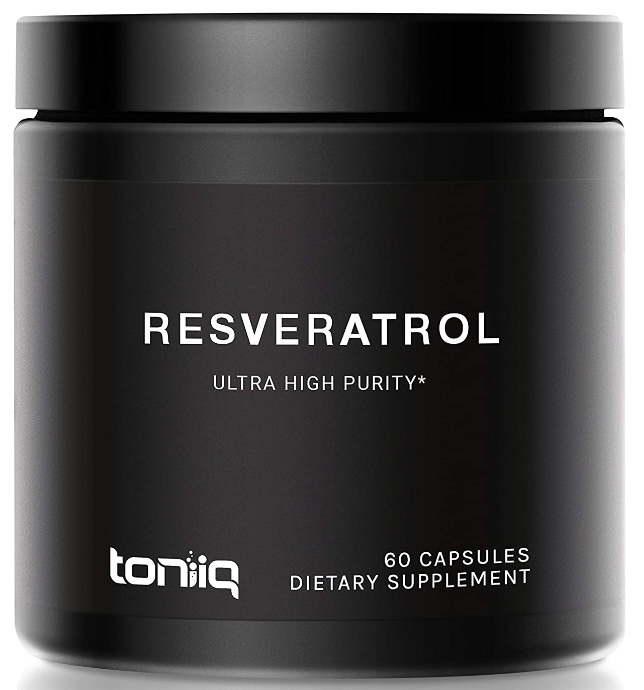 Each capsule contains 600 mg of resveratrol and is suitable for oral consumption. The cost of a 60 capsule bottle is $19.97 while the bottle containing 180 capsules costs $44.97. While there are no certificates for third-party lab tests, the manufacturer does claim that the product has been tested for amount per serving, percentage of the active ingredient, aerobic plant count, microbial specifications, and heavy metal specifications. There are over 5 thousand reviews for the product on amazon, 76 percent of them are 5-star reviews and 13 percent of 4-star reviews. Only 3 percent of reviewers gave the product a 1-star review.

1. Is Resveratrol safe to consume?

Studies have found resveratrol to be safe for consumption. However, there is no data available for the safety of resveratrol for pregnant and lactating women. Furthermore, it is recommended that women with a history of estrogen-sensitive conditions should avoid resveratrol.

2. How much resveratrol should I consume?

Dosage for resveratrol would vary greatly depending upon the reason you are consuming it. However, studies have found resveratrol to be safe for consumption in high doses. One study concluded the following about resveratrol doses, “at lower dose, resveratrol can be very useful in maintaining the human health whereas, at higher dose, resveratrol has pro-apoptotic actions on healthy cells, but can kill tumor cells”.

3. What are the side effects of resveratrol?