One of the most important discoveries in the field of anti-aging is the role of a molecule known as nicotinamide adenine dinucleotide (NAD+). This molecule is fundamental to a number of life-sustaining processes in the human body. NAD+ is essential for all life on earth, not just humans. It sustains life by repairing damage in the body and activating sirtuins proteins that prevent aging. It is involved in various metabolic processes. It helps turn the nutrients into energy while also helping various proteins used to regulate different cellular functions.

The scientific community has known about NAD+ since the year 1906. Our understanding of what this molecule can do has been evolving ever since. In 1900, the American South was plagued by a fatal disease known as pellagra. A precursor of NAD+ known as niacin was instrumental in getting rid of the disease when scientists found out that yeast and milk alleviated its symptoms. This was only possible because both yeast and milk contain high concentrations of niacin. It has now been established that pellagra was caused by NAD+ deficiency. As time has passed, our understanding of NAD+ and its precursors has improved tremendously. Many NAD+ precursors have been identified by scientists, including nicotinic acid, nicotinamide, and nicotinamide riboside.

We now know that NAD+ plays an integral part in carrying out processes that keep a person young and healthy. However, as time progresses, the levels of NAD+ available to the body declines significantly. Many studies have noted the decline of NAD+ levels in the body with the increase in age. A study by Xiao-Hong Zhu and his team reported that the concentration of NAD+ is much higher in younger age groups than the older humans. These findings can be seen in the following graph in Figure – 1:

Thus the level of NAD available to cells at the age of 80 is much lower than at 20. Furthermore, Human beings are not the only ones affected by lowering NAD+ levels in old age. Aging in animals and other living things also happens due to NAD+ declines.

Other than that, NAD+ produced by the body is also insufficient over time because NAD+ keeps getting destroyed by an enzyme called CD38. Figure – 2:

CD38 is a NADase, and it destroys NAD+ by turning it into nicotinamide and (cyclic-) ADP-ribose through hydrolyzation.

The mitochondrial function declines along with lowering levels of NAD+ while the CD38 enzyme levels increase. Studies have established the link between the CD38 enzyme and the destruction of NAD+. A study by David Sinclair and Michael Schultz found out that the rising levels of CD38 in older mice explained the declining levels of NAD+ and nicotinamide mononucleotide (NMN). This happens because of increased NADase activity and decreasing NAD+ levels. They explained this process in the Figure below:

The mice that have a CD38 deficiency are protected from diabetes and mitochondrial dysfunction as they age. They have a higher SIRT3 activity and a higher tolerance for glucose. Furthermore, the precursors of NAD+, i.e. NR and NMN, also show a longer half-life in such mice. Thus, the loss of NAD+ during the processes related to aging can be attributed to higher levels of the CD38 enzyme.

Why Does NAD+ Decline Matter?

The findings connecting aging to NAD+ have been crucial in pushing forward the research in anti-aging. Since aging happens because of the lowered NAD+ levels, it follows that if NAD+ was somehow replenished, the process of aging could be slowed down, stopped, or even reversed significantly. Many studies have been done to explore the impact of replenishing NAD+ levels in older organisms. Several organisms such as mice, worms, flies, and yeast have seen the effects of aging reversed in them once their levels of NAD+ were replenished.

NAD+ Supplements to Battle its Decline

Having established that NAD+ decline is catastrophic for our body, it is important to know how to reduce its adverse impact. One sure way of fighting this decline is to take NAD+ precursors such as NMN and NR supplements. These supplements help replenish the body’s supply of NAD+ by helping make more of it. CD38 tends to not only shorten the supply of NAD+ but reduce NMN in the body. By taking NMN, you can help elevate NMN levels, and subsequently, NAD+ to help avoid the declines that come with age. While there are also other NAD+ precursor supplements in the market, the leading experts on aging, like David Sinclair, suggest taking NMN to replenish the supply of NAD+ to the body. Sinclair has admitted to taking NMN himself to boost his NAD+ levels. Many brands of NMN supplements are found in the market. We have chosen three that we consider the most reliable ones for you. 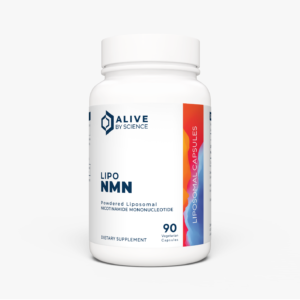 The first product on the list is the NMN supplement by one of the leading companies in the anti-aging field: Renue By Science. The company has a range of products in the field of anti-aging. Liposomes are highly bioavailable because they store the active ingredients needed in the cells in a phospholipid “bubble” that protects the contents during digestion and delivers the ingredients directly to the cells, unharmed. Our stomachs contain a range of acids that may harm the contents of supplements, but liposomal delivery protects the contents and safely delivers them to the cells. Liposomal delivery is much more effective and delivers a higher dose of NMN to the cells. It also protects the liver from toxicity that may arise from higher dosages.

LIPO NMN is available in capsule forms, with each capsule containing a concentrated dose of 250 mg liposomal NMN. The bottle contains a total of 90 capsules and is available for $94.95. The product has gone through rigorous third-party testing and is safe to consume. The product is non-GMO, gluten-free, and vegan friendly. 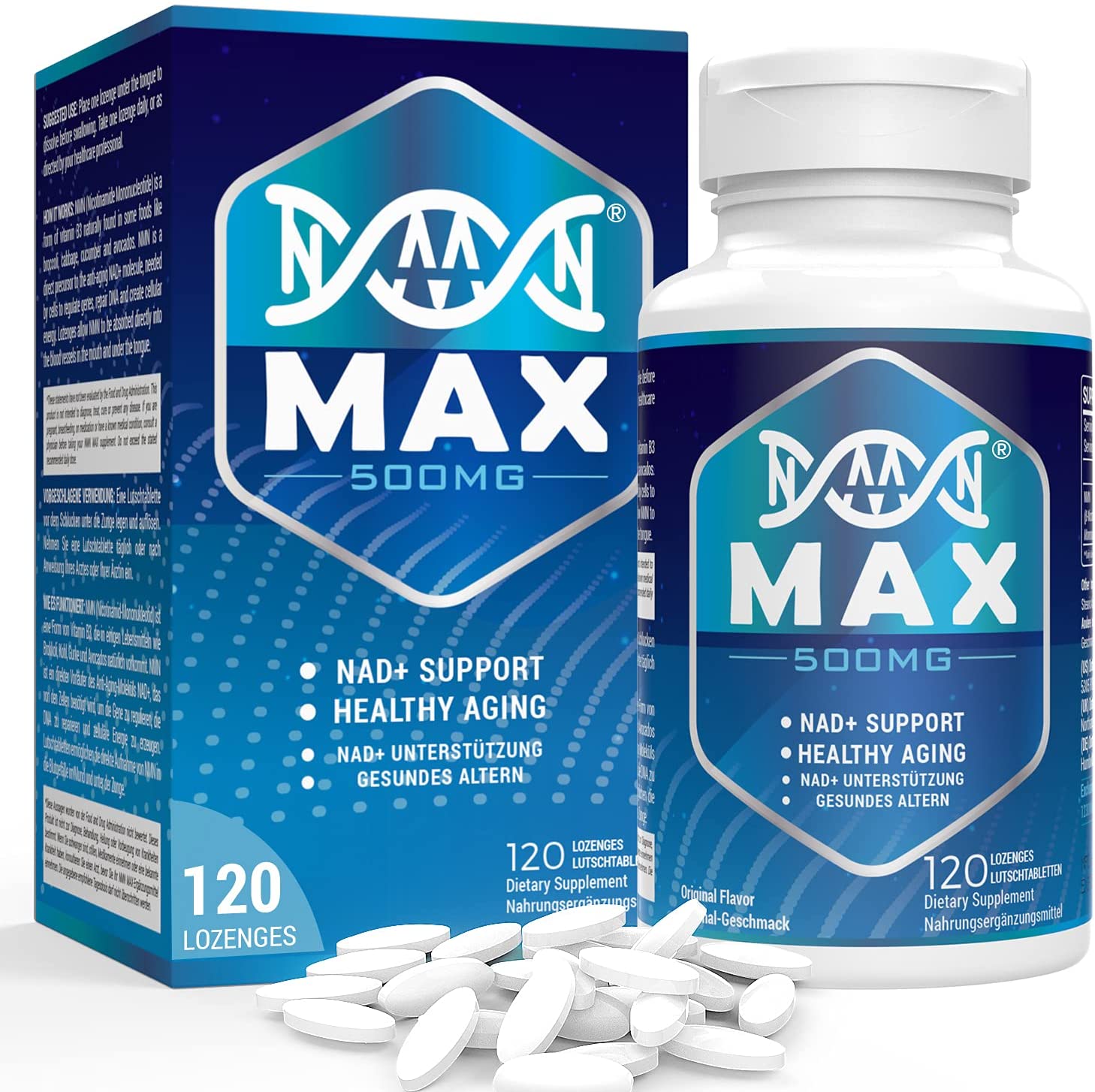 The second product on the list is NMN Tablets by NAANMax. The tablets contain 500 mg of NMN each. It is available at Amazon in a bottle of $26.18. Each bottle contains a total of 120 tablets. The price difference between LIPO NMN and NMN MAX may seem huge, but the latter comes in sublingual tablets form, which is relatively less bioavailable. However, if you are on a budget, NMN MAX can be a suitable choice. These tablets can be chewed or used sublingually. The product is also non-GMO, gluten-free, and vegan friendly. 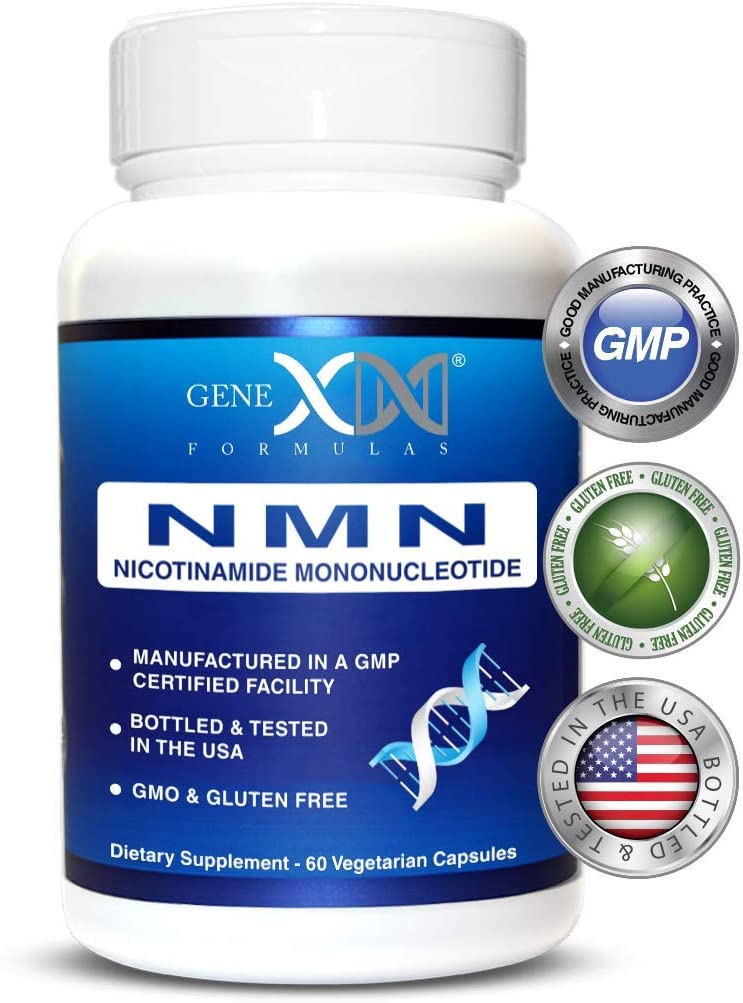 NMN By Gene Formulas is another NMN supplement available at Amazon for $48.87 per bottle of 60 capsules. Each capsule contains 250 mg serving of NMN. The price of this product is moderate because it is not liposomal. It might be less bioavailable than liposomal capsules. The product is stabilized and third-party tested for safety. The supplements do not contain any gluten and GMOs.

Following are the frequently asked questions about NMN and NAD+.

1. Is it safe to take NMN supplements?

2. What is the appropriate dosage for NMN supplements?

Studies have shown that taking a 500 mg dose of NMN per day has proven safe. Studies for higher doses are underway.

3. Are there any side effects of taking NMN?

Although no side effects have been established in the studies, some people report experiencing flushing, leg headaches, leg cramps, and dizziness when taking NMN in large doses.