David Sinclair, along with other prominent longevity experts, takes Metformin, which is a prescription medication commonly used by diabetics. Research shows great potential for other uses. In his recent podcast, Sinclair stated that people on Metformin with diabetes live longer than people without diabetes and not on it, and they’re also protected against diseases. But, for those who aren’t able to acquire a prescription, or would prefer a natural alternative, Berberine may be a better option. Berberine has studies to show that it may have similar effects. It’s been shown to help lower blood sugar and improve cardiovascular health, among other potential benefits.

David’s stated in numerous interviews that there are certain things he avoids, in order to maintain his health. He avoids:

Here are some lifestyle choices that David makes:

Like many people, his diet varies and he likes to experiment with different ones. Previously, his diet was as follows:

As of January 2022, David is experimenting with a change in his diet. He explained it in his recent podcast:

If you’re new to fasting, he recommends that you try to skip one meal a day at the end or beginning of the day.

More Information on the Supplements that David Sinclair Takes

In his book ‘Lifespan’, David Sinclair mentions that he takes 1 gram of NMN. This is an obvious choice because recent research has been pointing towards the benefits of taking NAD+ precursors. NMN is the most stable and most reliable nicotinamide adenine dinucleotide (NAD+) precursor available in the market.

The reason that David Sinclair takes NMN is to improve the NAD+ levels in the body. When we age, the NAD+ available to our cells and tissues steadily declines. The latest research shows that by increasing the NAD+ levels available to our body, we can slow down or even reverse the process of aging. NMN is found in nature, especially in fruits and vegetables like cucumbers, edamame, cabbage, broccoli, and avocados. However, the amount of NMN is too little for us to replenish the depleting NAD+ reserves of our bodies. Most of our NMN comes from vitamin B3 synthesis. Taking NMN supplements allows us to increase the amount of NMN available to our tissues, thus replenishing the lowering levels of NAD+ with age.

While our understanding of NMN and NAD+ is still evolving, research continues to confirm its role in NAD+ production. It is understood that NMN and NR (another NAD+ precursor) are involved in a cycle where NMN gets converted to NR which then goes into the cell to produce NAD+. Recently, a study has discovered an “elusive” NMN transporter that delivers NMN inside the cell. Thus, as we understand NMN better, we find it to be increasingly important in NAD+ production and anti-aging. 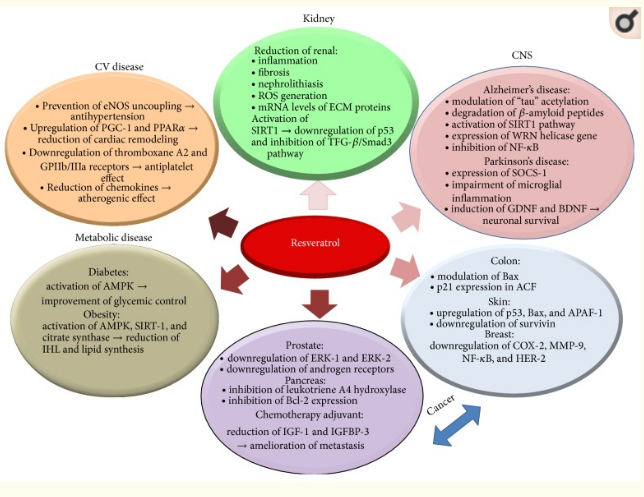 The second supplement mentioned by David Sinclair in his book ‘Lifespan’ is Resveratrol. He says that he takes 1 gram of Resveratrol, along with NMN, in the morning (See Figure – 3).

Resveratrol belongs to a group called polyphenols and is found in over 70 species of plants, including berries and red grapes. Research has found a lot of anti-aging benefits of Resveratrol including its anti-oxidant

properties , anti-inflammation activity, its role in weight loss and cardiovascular health, and its anti-cancer properties . Thus, there are a variety of reasons to consume Resveratrol supplements.

David Sinclair also takes the prescription drug metformin. The drug is mainly prescribed to individuals with type-2 diabetes. However, metformin has shown remarkable life-extending properties in mammals and many organisms. Diabetics who take metformin end up living longer than non-diabetes who do not take the drug. With so many benefits, it is obvious why David Sinclair decided to take the drug.

While David Sinclair stated that he takes metformin, many others are turning to Berberine as a natural non-prescription alternative. Berberine has the ability to mimic the anti-diabetic properties of metformin while perhaps even outperforming it in enhancing longevity and stabilizing blood sugar.

Vitamin D is necessary for a number of functions, including activating many important genes. A vitamin D deficiency increases the risk of many conditions that speed up the process of aging such as type-2 diabetes, Alzheimer’s diseases, cardiovascular diseases, etc. As for vitamin K, its benefits are numerous and spread across the body. It is good for mitochondrial and vascular health and also plays a part in improving skin appearance and it works synergistically with Vitamin D.

The last supplement mentioned in his book ‘Lifespan’ is 83 mg of Aspiring per day. Low doses of aspirin can decrease the risk of heart attacks and cancer. However, further studies are needed to be done to establish a clear connection between aspirin and cardiovascular health.

Sinclair recently said on Twitter that he has been taking Fisetin for over two years. He also cited a study by Yu-Fen Lin and the team, noticing that Fisetin reduces chronic stress in mice. Fisetin is also credited with removing senescent cells from our bodies. A 2016 study noted the following as benefits of Fisetin: “anti-inflammatory, anti-oxidant, anti-tumorigenic, anti-invasive, anti-angiogenic, anti-diabetic, neuroprotective, and cardioprotective effects in cell culture and animal models relevant to human diseases.” Sinclair believes that Fisetin is important in fighting to age.

Sinclair has mentioned on Twitter that he also takes a prescription drug known as Statin. He takes it for a cardiovascular condition that is common in his family.