The Mount Hope program aims to increase access to nutritious foods among residents of this low-income Bronx neighborhood. With CFP funding, City Harvest has trained and developed community leaders, preparing them to run a Community Food Assessment, which preceded their establishment of Community Supported Agriculture (CSA) projects on two sites within the Bronx. The program provides 140 CSA participants with culinary and nutrition classes, which aim to improve dietary practices. They also promote the use of food stamps and farmer’s market coupons for the 75% of their participants who qualify for these aids.

Broadway Market is well known as a public market where generations of family-owned businesses have offered ethnic foods and crafts. Aiming to strengthen and develop Broadway Market’s role as a public distribution center for fresh and processed local foods, this project examines the surrounding community’s food needs and the makeup of its local supplier network. The CFP grant played a crucial role in enabling the BMMC to perform neighborhood demographic analyses, and surveys of Broadway Market customers.

This project aims to develop community self-reliance by offering education and tools that enable low-income people to obtain nutritious local food, and by helping them to develop and market urban produce and value-added products. CFP funding helped Rochester Roots to establish community gardens at three low-income schools, to supplement the community’s diet and to teach local students and their families about growing food, cooking and nutrition. School faculty have observed marked increases in the students’ interest and knowledge of botany, geography and agriculture. Further CFP funding would enable Rochester Roots to share the benefits of their programs with a greater number of schools.

Growing Communities Training and Technical Assistance
Grant awarded: $74,738 for one year (followed by a one-year extension)

The Massachusetts Avenue Project works for community revitalization through sustainable urban agriculture and youth entrepreneurship. Their CFP grant has made possible a Growing Green project, in which 25 teens run a half-acre garden during the summer, while other community members have the opportunity to learn about nutrition and growing food through Farm Work Days and involvement in a local farmer’s market. Growing Green also includes an after-school program, which provides a small number of youth with valuable business training courses, and the development of food-based entrepreneurship activities.

Both of these projects have experienced great success in improving the poor nutritional health of low-income kids and their families. CFP funding has allowed them to greatly broaden and deepen their impact, reaching over 2,000 teens each week through after school Juice Joints. The Girls Club has offered job training and opportunities to an under- employed sector of young adults by helping them produce and market fresh food projects to their peers and community. These programs have improved local teens’ eating habits, participation in school, and self-esteem. The projects also offer community-wide education about fresh foods and nutrition, while benefiting regional farms by connecting them to an urban market.

With the help of a CFP grant, this project has brought together local youth, farmers, and gardeners around a community farmer’s market, where 85% of sales are through Farmer’s Market Nutrition Program coupons. The new market has catalyzed development of the local economy. The Local Development Corporation recruited over 20 community and backyard gardeners to sell at a new market, while offering them free training and supplies. The project has also engaged over twenty at-risk youth in growing food in the community’s gardens. Recently, they have developed a new Community Supported Agriculture (CSA) program that offers discounted shares to low-income members.

Council on the Environment of NYC

The New Farmer Development Project conducts outreach in more than 15 minority neighborhoods to assist agriculturally experienced immigrants in New York City to continue working in agriculture, where their greatest expertise lies. For many, this provides a fulfilling alternative to the low-paying service jobs otherwise available to them. The program has not only helped numerous low-income immigrants, but has added farms to the dwindling agriculture sector in the tri-state area. CFP funding allowed the New Farmer project to train and mentor over 100 people, twenty of whom now work on their own farms.

Bounty of the County, Hudson

The goal of the Bounty of the County program was to bring affordable, fresh local food into a community that suffers from minimal access to food markets. With a CFP grant and partnerships with building owners and a regional food distribution business, the program opened a food market that stocked a full range of goods, some of them local. Unfortunately, after a difficult start and inadequate planning, the market closed in 2004.

assist in the development of CSAs. They connected volunteer groups and community organizations with regional farmers, trained individuals and groups in CSA development, and researched and coordinated payment options that include food stamps, revolving loans, and work shares.

With a CFP grant, the North East Neighborhood Alliance (NENA) has established several community gardens in Rochester. NENA hires 12 local youths to work on their 3- acre site, and sell their food at a Regional Food stand in Rochester’s Public Market. The organization aims to obtain more CFP funding, which would support their plans to expand the gardens’ production and sales. With more money, they would also like to assist corner stores in purchasing refrigerators that could supply fresh food to more low- income residents, and to sell some of their food to local institutions such as schools.

New York City’s Community Food Resource Center was founded in 1980 to focus attention on the issue of hunger in the city. Since then, the organization has greatly expanded access to nutritious, affordable food for low-income residents. Their numerous and well known programs include dinners for low-income seniors at local public schools, and school nutrition committees that work with parents and school personnel. 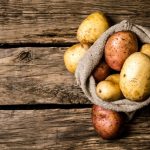 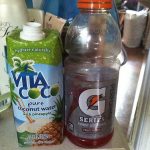 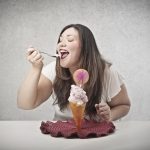 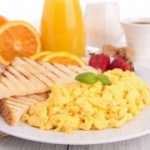